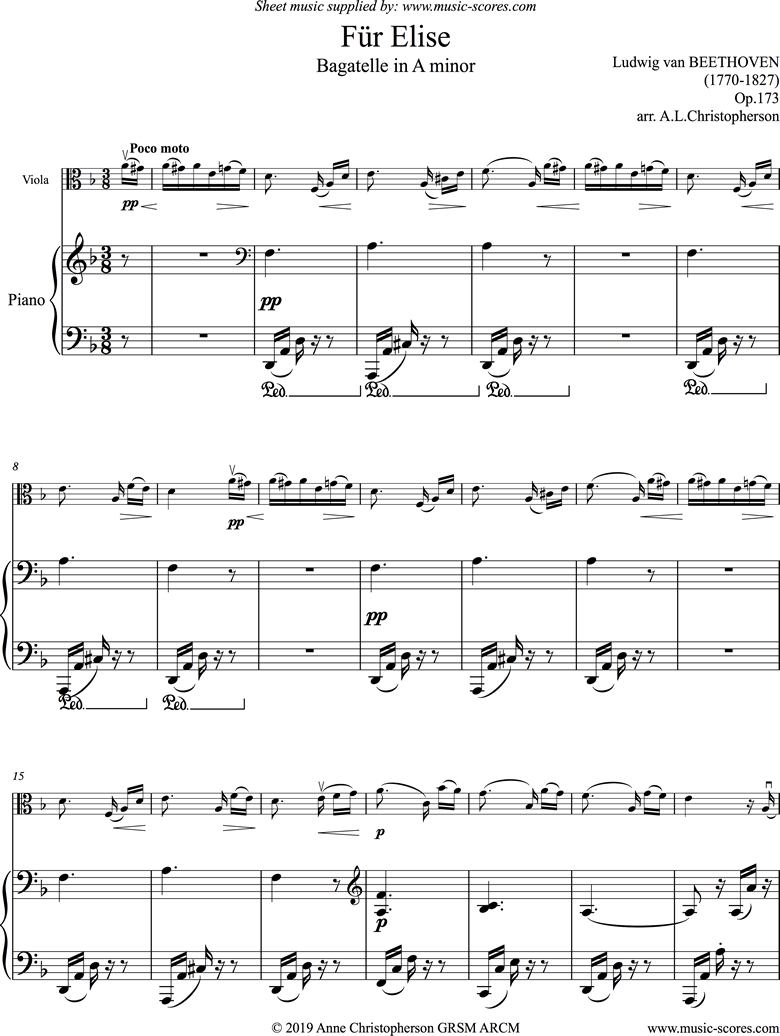 Description: Fur Elise, originally a piano piece, is a beautiful and well known melody, perhaps known best for its first 9 notes. It may have been written for Therese von Brunswick. Arranged here for viola and piano.

Explore our other Viola | sheet music.

Meditation on a Silent Sphere