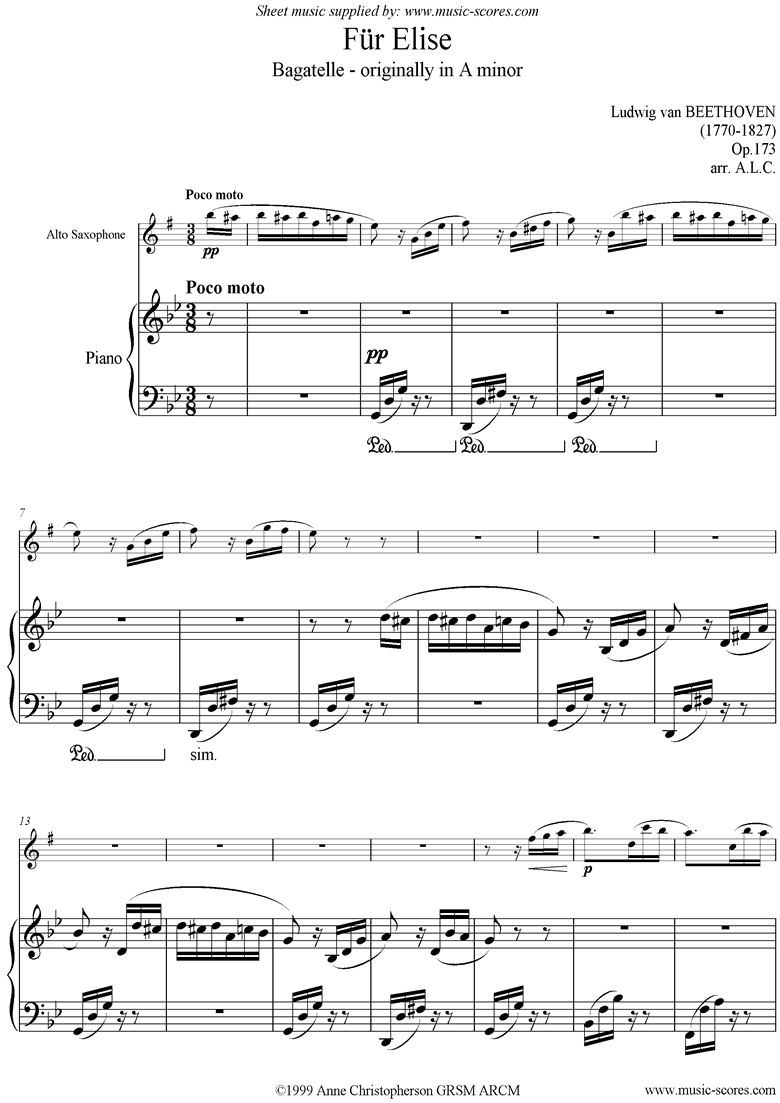 
Description: Fur Elise, originally a piano piece, is a beautiful and well known melody, perhaps known best for its first 9 notes. It may have been written for Therese von Brunswick. Arranged here for alto sax and piano. High range.

Ludvig van Beethoven is possibly the most well known classical composer that has ever lived or certainly one of. A genius!

Explore our other Alto-Sax | sheet music.