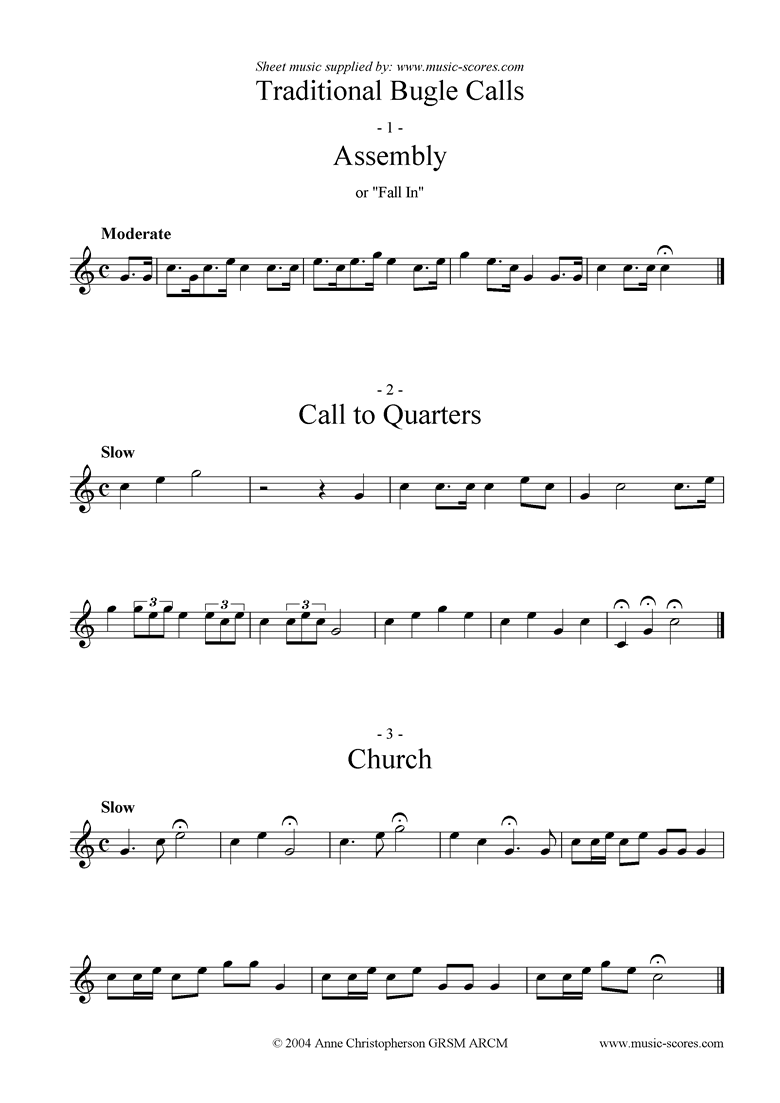 
Description: Traditional and well known bugle calls. These are a collection of short solos which are used in military situations and heard in many movies. This download includes: Assembly, Call to Quarters, Church, Drill, Fatigue, Fire, First Call, Mess, Officers, Recall, Retreat, Reveille, Swimming, Taps, and To the Colours.

Fugue in A minor 2 Trumpets, 2 Trombones