Description: Shenandoah could have been a song of a fur trader who was in love with the daughter of a Native American chief named Shenandoah. Some people say it was a logging song. It later became a sea shanty, being the perfect tempo to sing whilst hauling in the anchor. For Violin and Piano, D major and Eb major 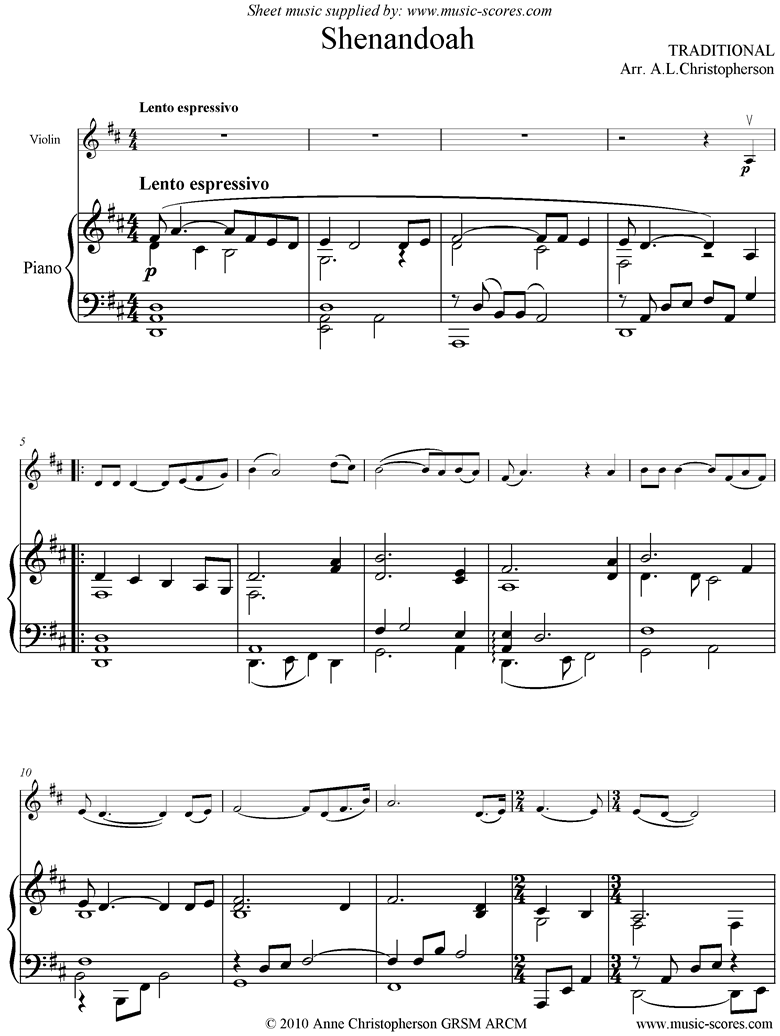 Carol of the Bells - Trombone