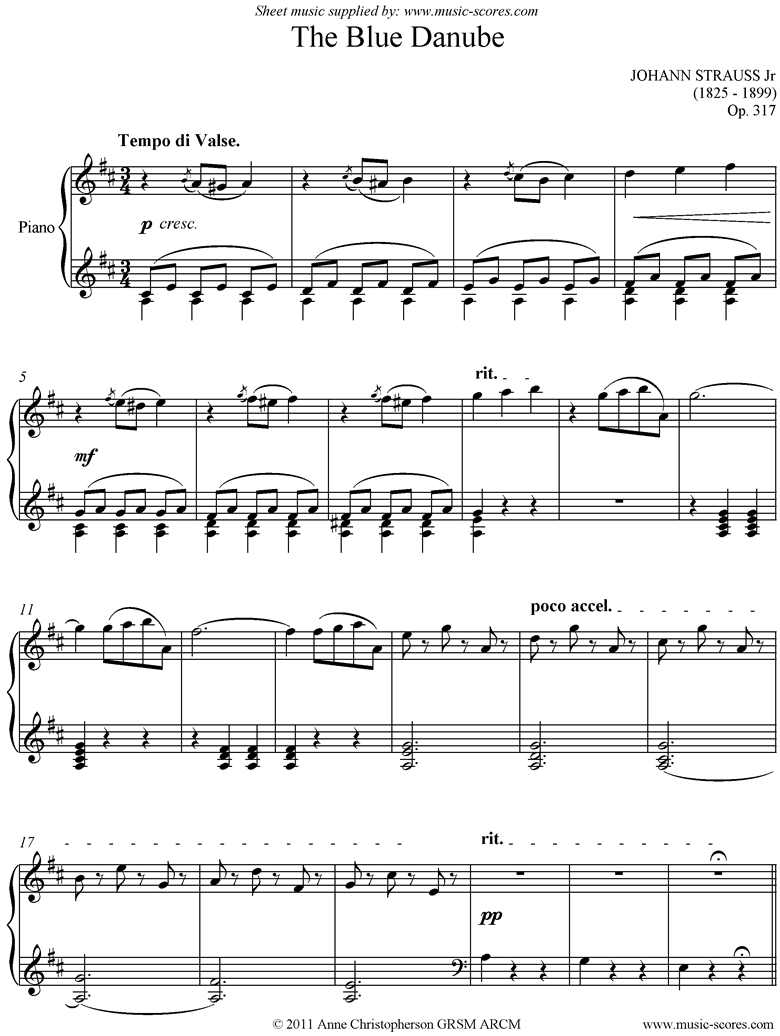 
Description: The Blue Danube Waltz, or By the Beautiful Blue Danube, for piano solo. Traditionally played at the celebrated Vienna New Year Concert, also featured in the film 2001: Space Odyssey.