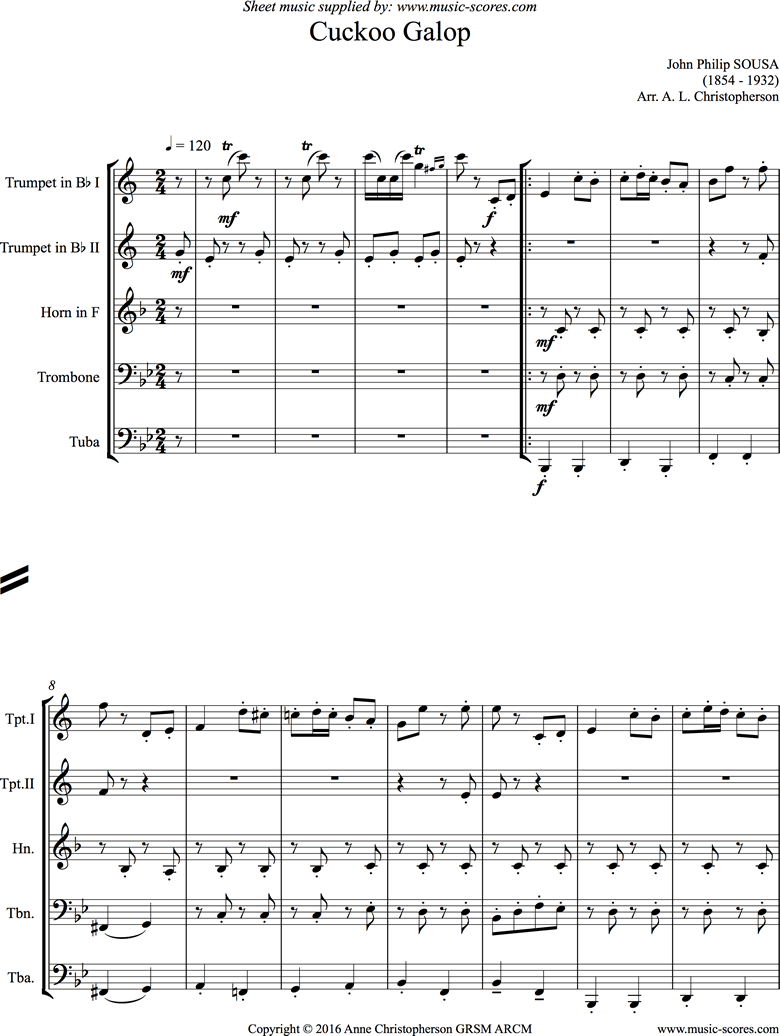 John Philip Sousa (born on 6th November 1854) was an American bandmaster and composer in the late Romantic era, known as ‘The March King’.