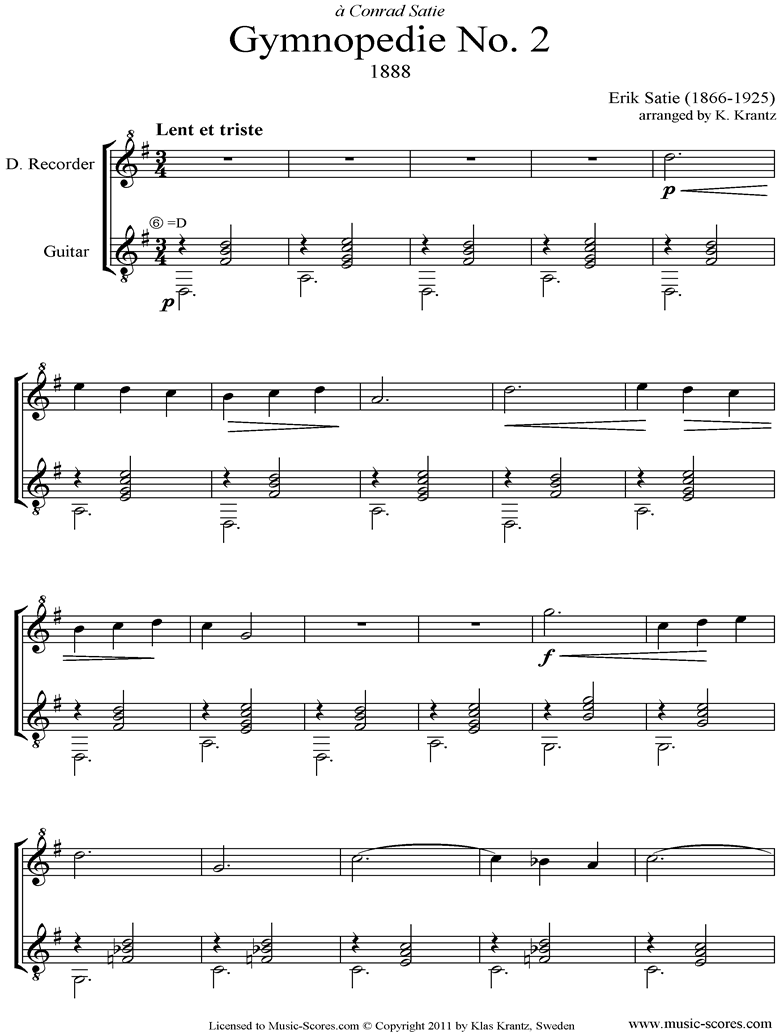 
Description: The title, Gymnopedie is possibly derived from a Greek name for a dance. Gymnopédie No.2 for Descant Recorder and Guitar duo.

Funeral March of a Marionette Piano