Description: The very eccentric Satie made up the word Gnossienne. The 2nd one tells the player to perform with amazement. Arranged for Descant Recorder and guitar duo. 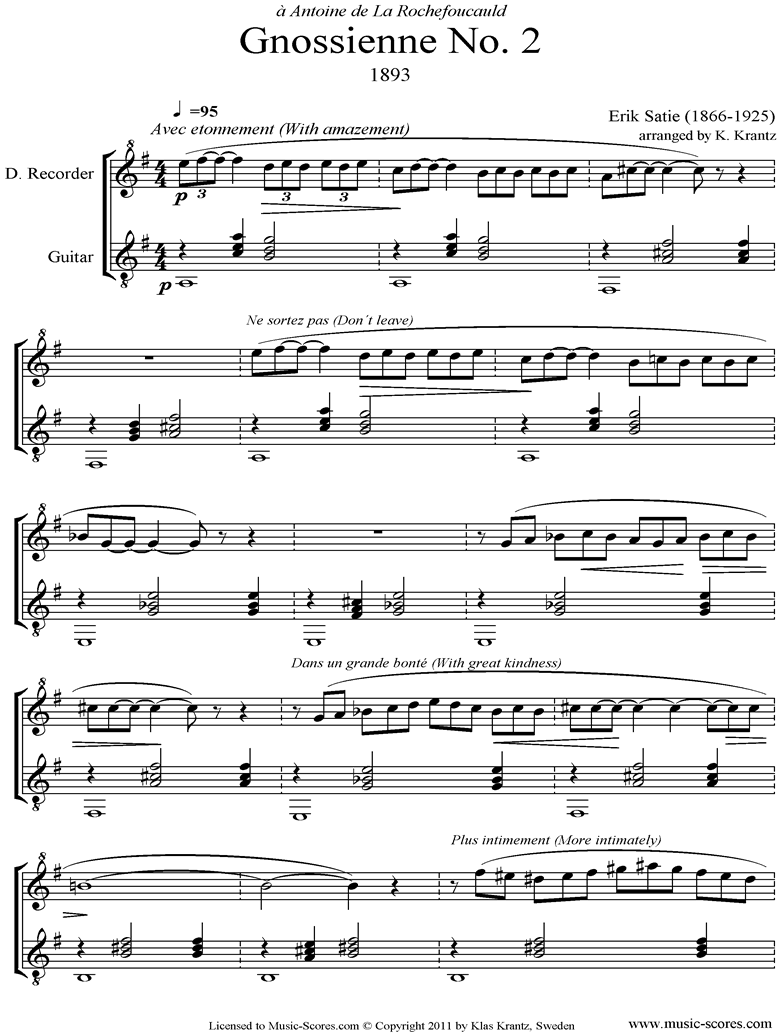 Dance of the Hours String Quartet