Description: The very eccentric Satie made up the word Gnossienne. The 2nd one tells the player to perform with amazement. Arranged for Flute and guitar duo. A minor. 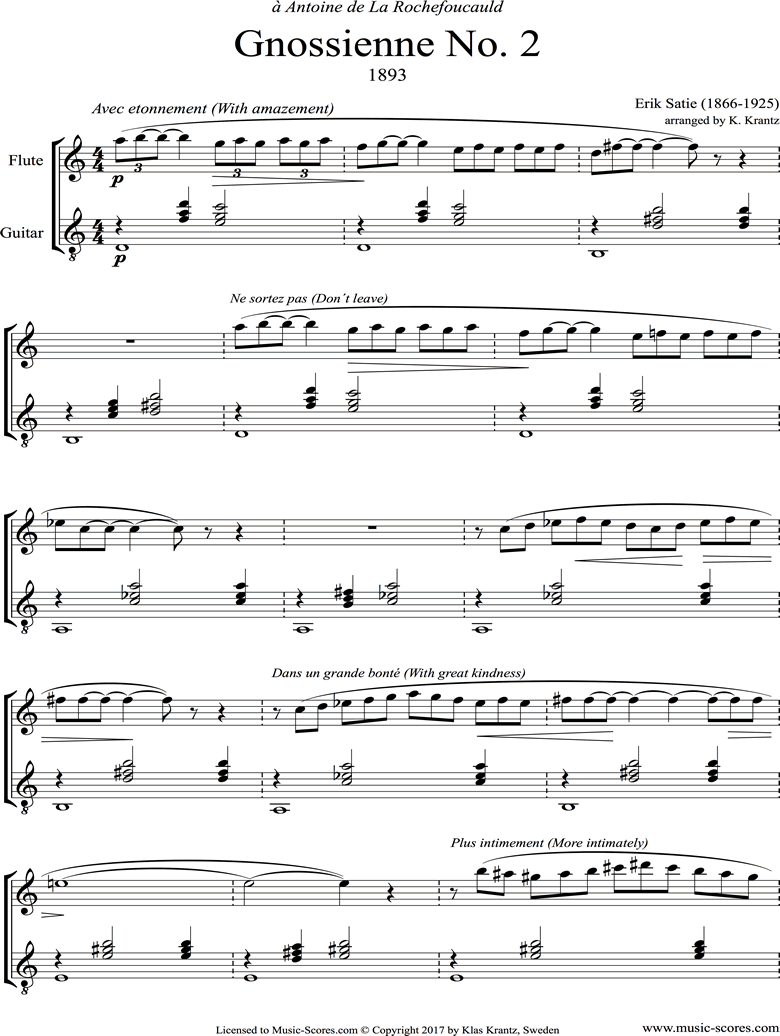