Description: The very eccentric Satie made up the word Gnossienne. The fourth seems to ask a question and respond before going on to expand the first question. A very sensitive piece for lower Cello and Piano. 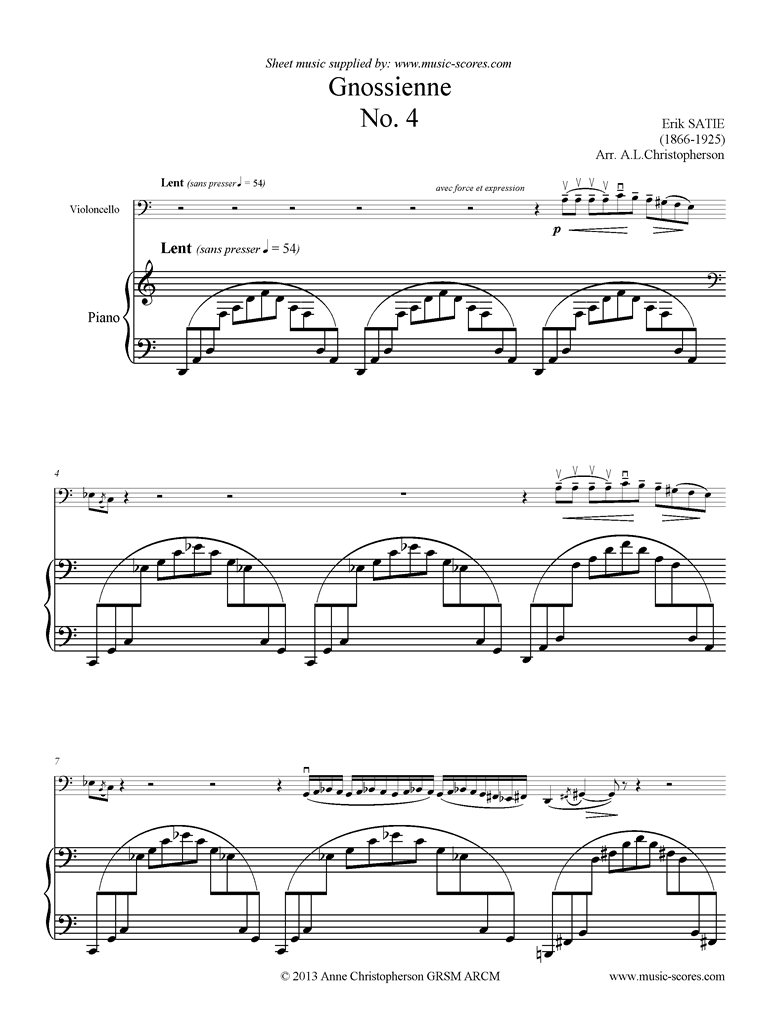