Description: The very eccentric Satie made up the word Gnossienne. The second in the series is to be played avec etonnement: with astonishment. For Trumpet and Piano. 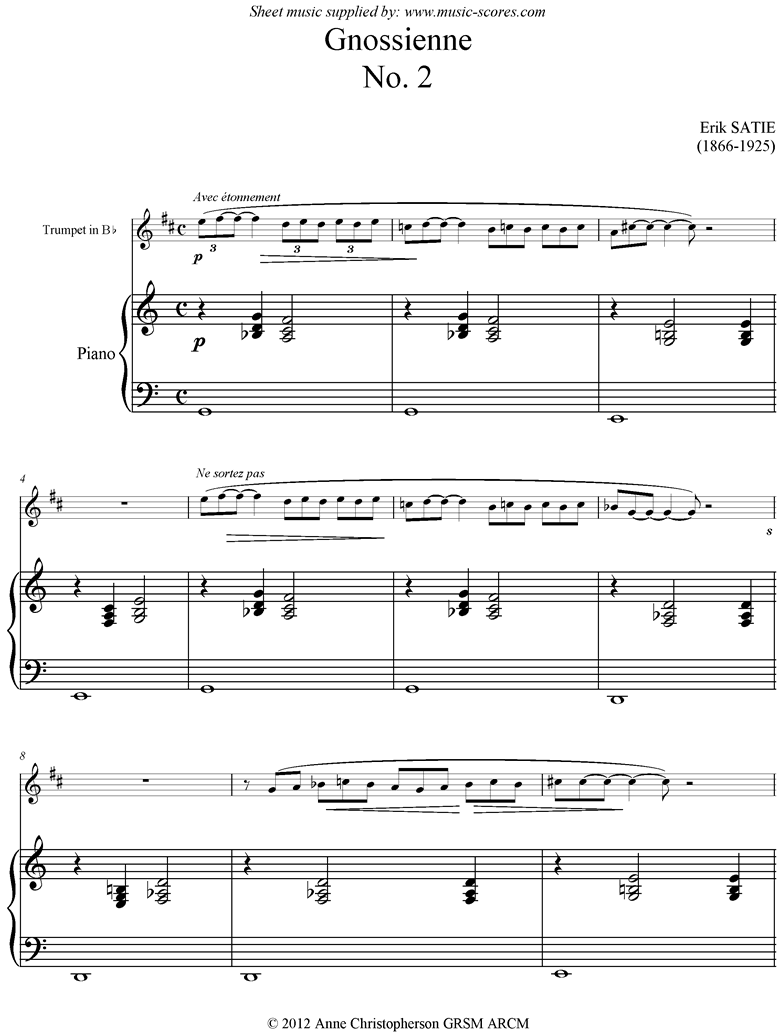 Minuet and Trio from String Quintet in E 3 Guitars