Description: The very eccentric Satie made up the word Gnossienne. The second in the series is to be played avec etonnement: with astonishment. For Flute and Piano. 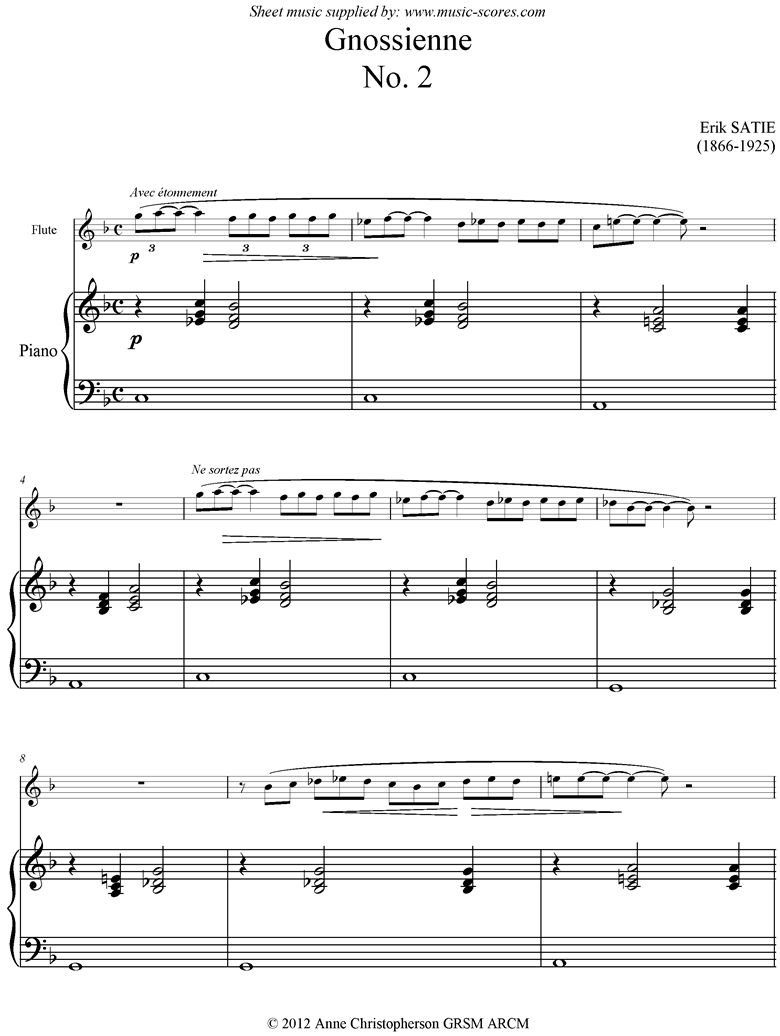 K331 Sonata in A, 1st mvt Theme and Variations G