Description: The very eccentric Satie made up the word Gnossienne. The second in the series is to be played avec etonnement: with astonishment. For Horn in F and Piano.

Explore our other French-Horn | sheet music. 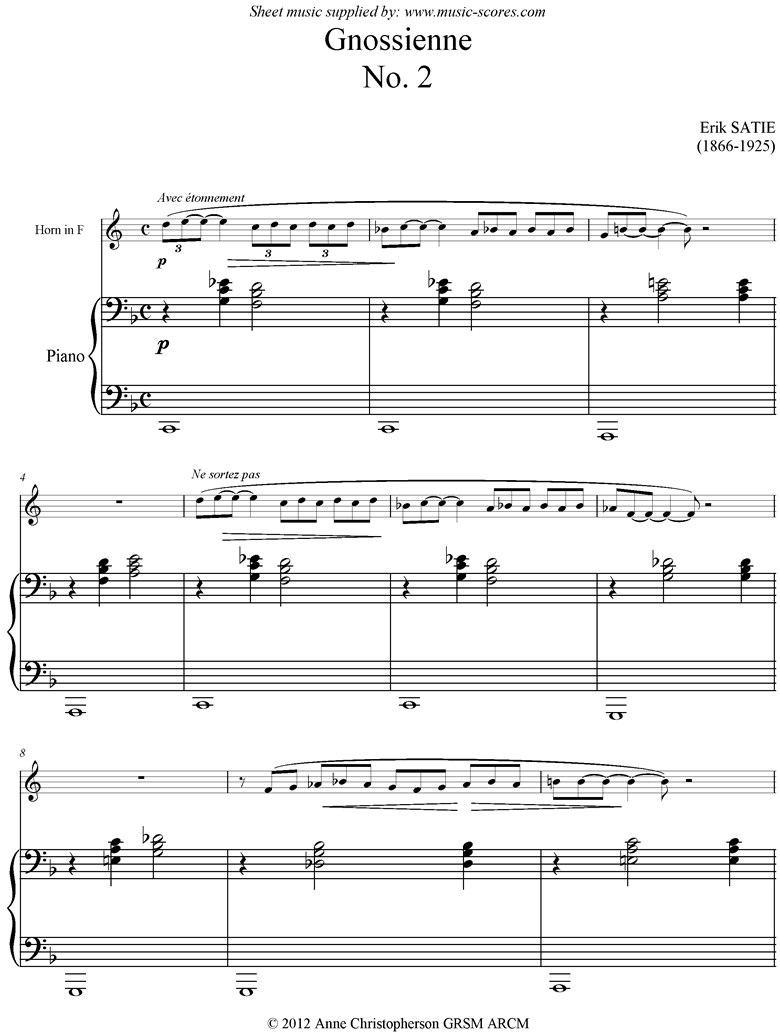