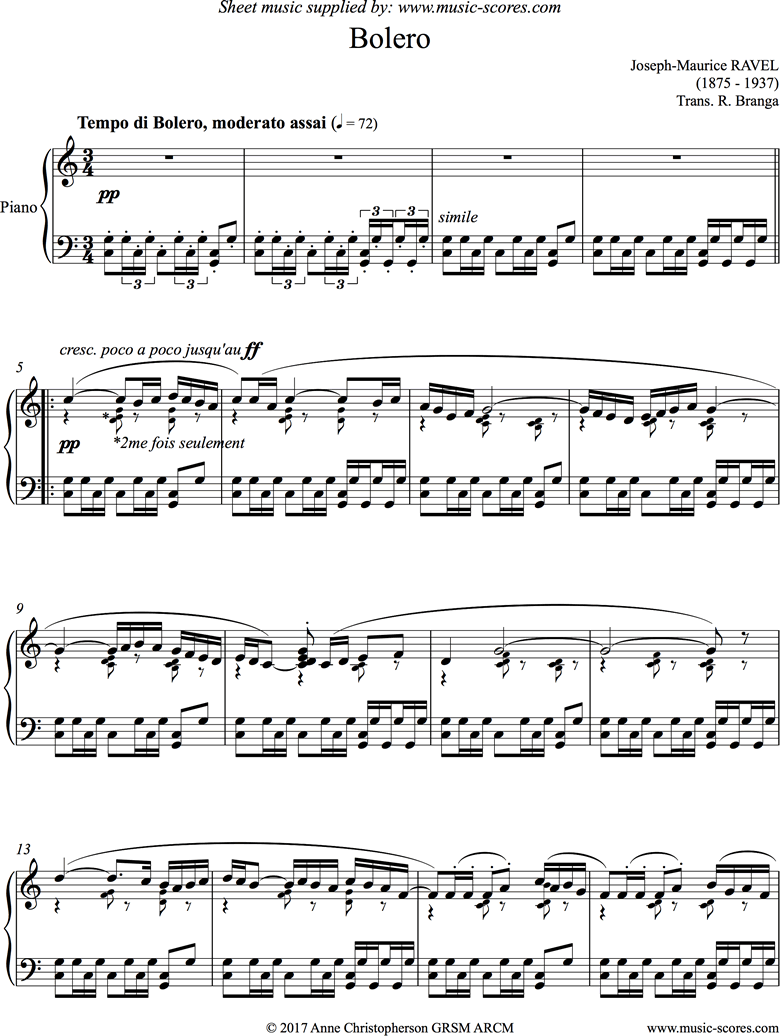 Description: Bolero. Originally composed as a ballet for Ida Rubinstein, it was famously used in the film 10, and by Torvil and Dean when they won their gold medal ice dance at the Sarajevo Olympics.

Joseph Maurice Ravel (born 7 March 1875) was a French composer of the twentieth century.