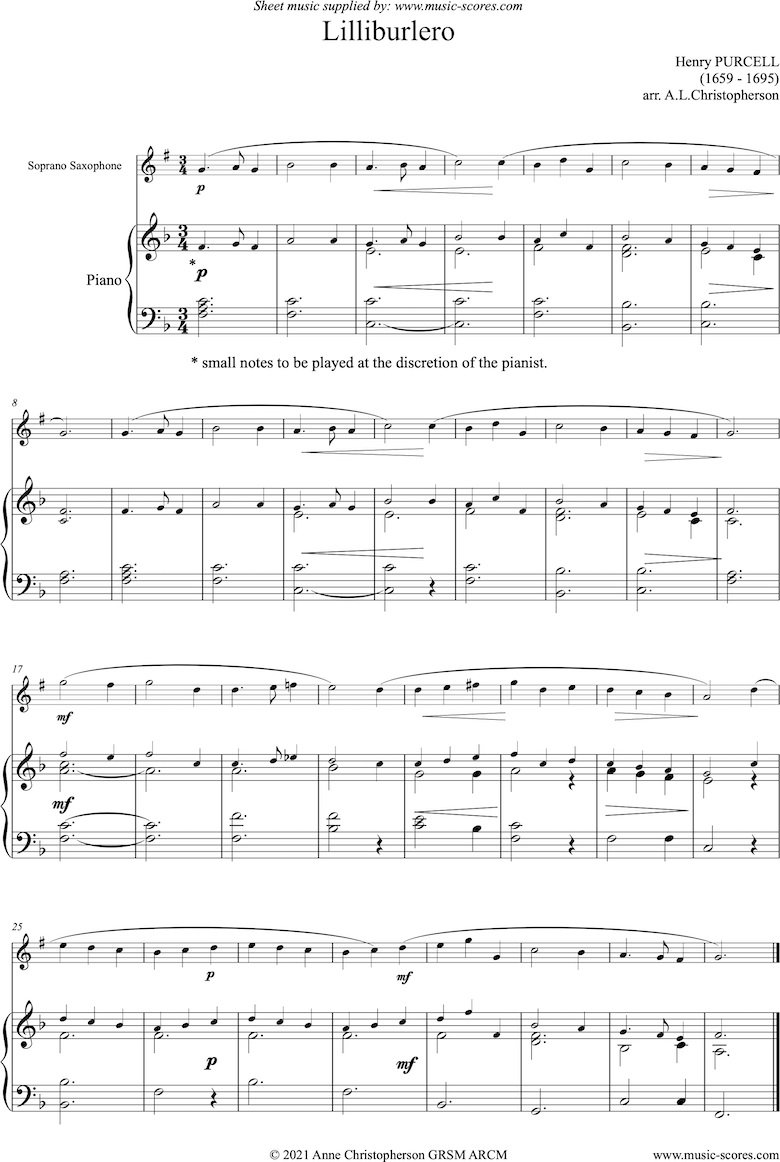 
Description: Lilliburlero arranged for Soprano Sax and Piano, from A Collection of Ayres Composed for the Theatre, is an early Ballade. This is well known on World Service radio.

Explore our other Soprano-Saxophone | sheet music.

While Shepherds Watched their Flocks by Night French Horn