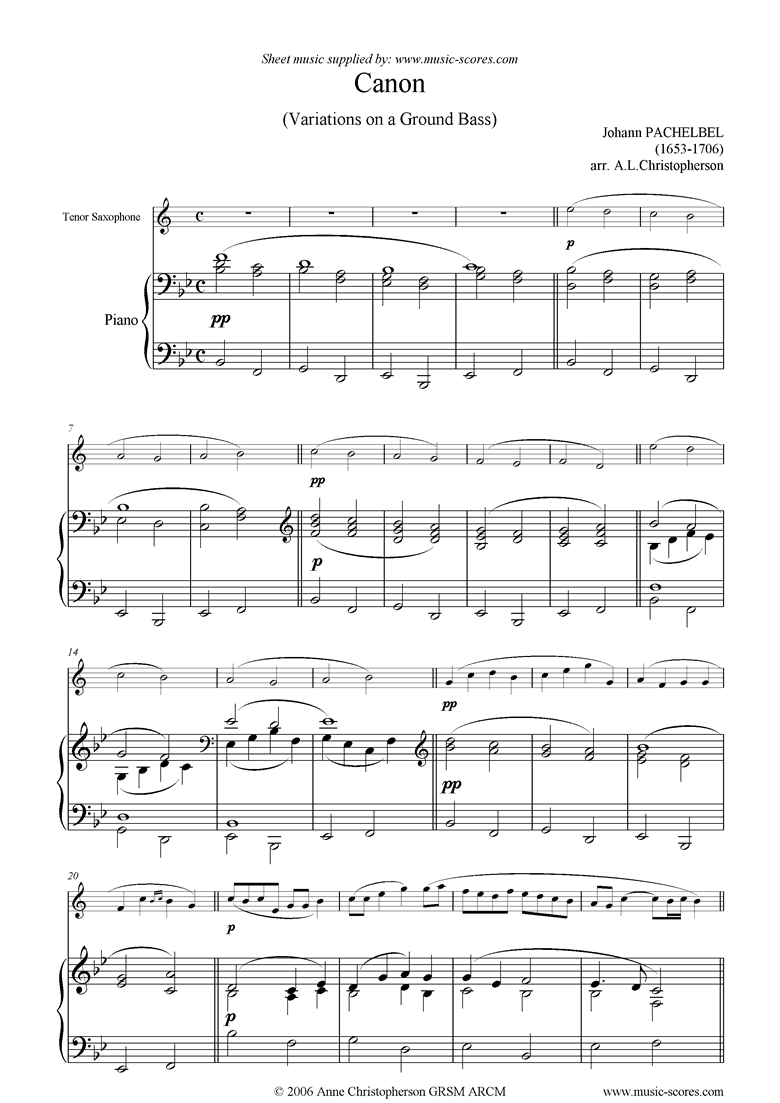 Description: Pachelbels Canon in the key of Bb, an easier key for Tenor Sax. About 2 minutes, 20 seconds.