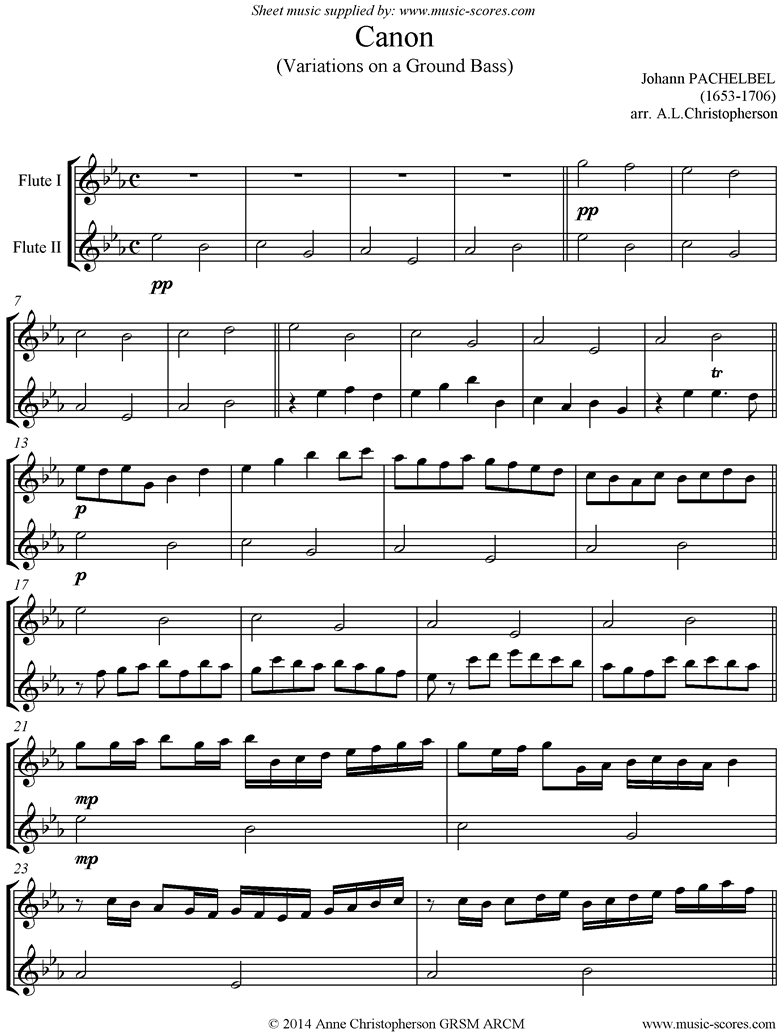 Description: Pachelbels Canon in D arranged as a duet for Flute duo: Eb major. About 2 minutes.

The Creation The Heavens are Telling Brass 4

Meditation on a Silent Sphere