Description: Post Horn Galop, originally for the bugle, arranged as a piano solo. The player must try to imagine being a bugler. 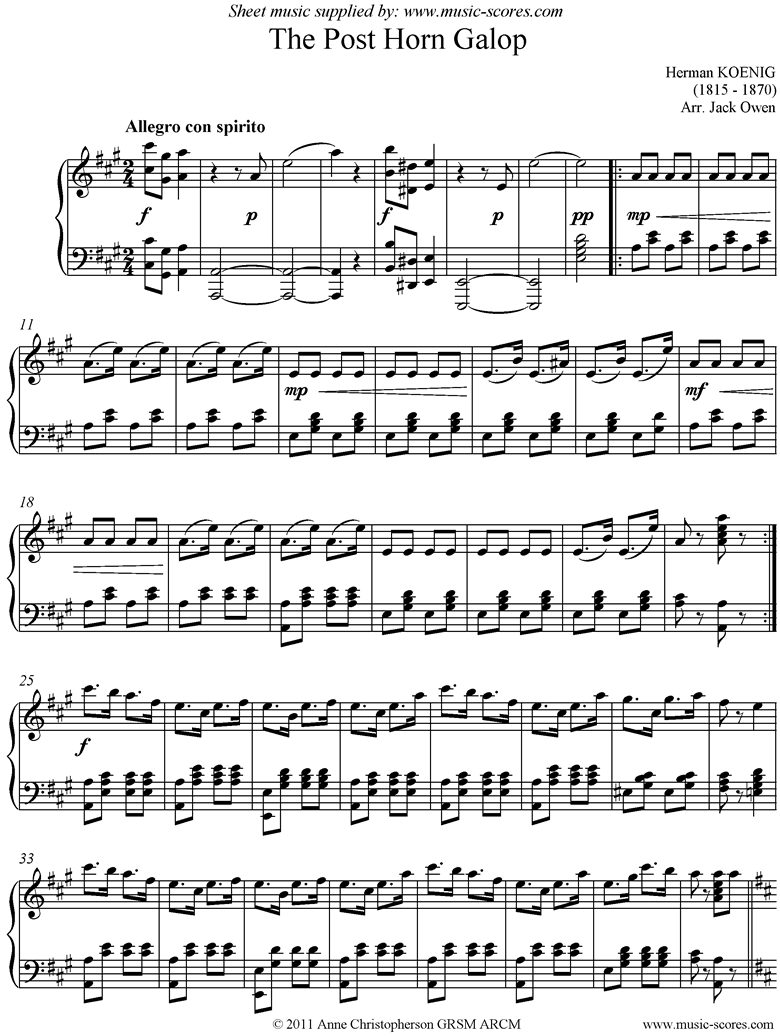