Description: La Réjouissance, from Music for the Royal Fireworks commissioned by King George II ﻿to celebrate the end of the War of the Austrian Succession. The first ﻿performance was followed by a great fireworks display in Green Park, London. For organ. Lower, A major.

Explore our other Organ | sheet music. 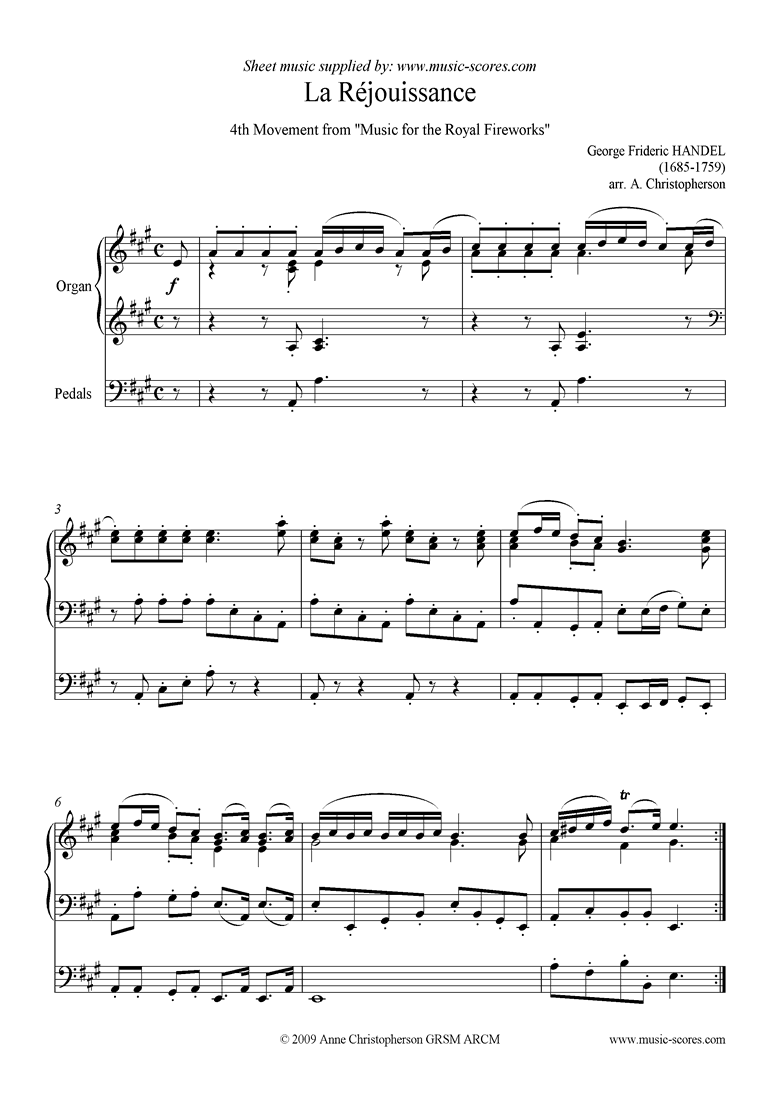 Op.17, No.3 Romance Without Words Flute