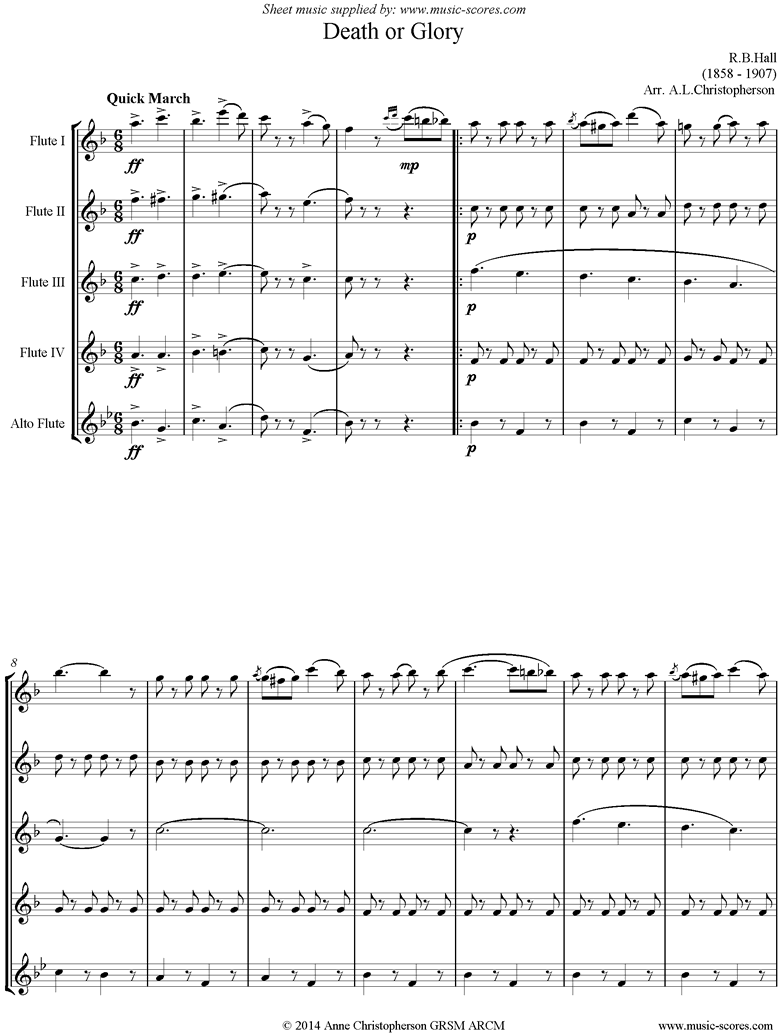 Robert Browne Hall or R.B. Hall as he was known as an American composer of marches, brass band music and he was a cornet virtuoso.

Deck the Hall with Boughs of Holly Any 3 insts