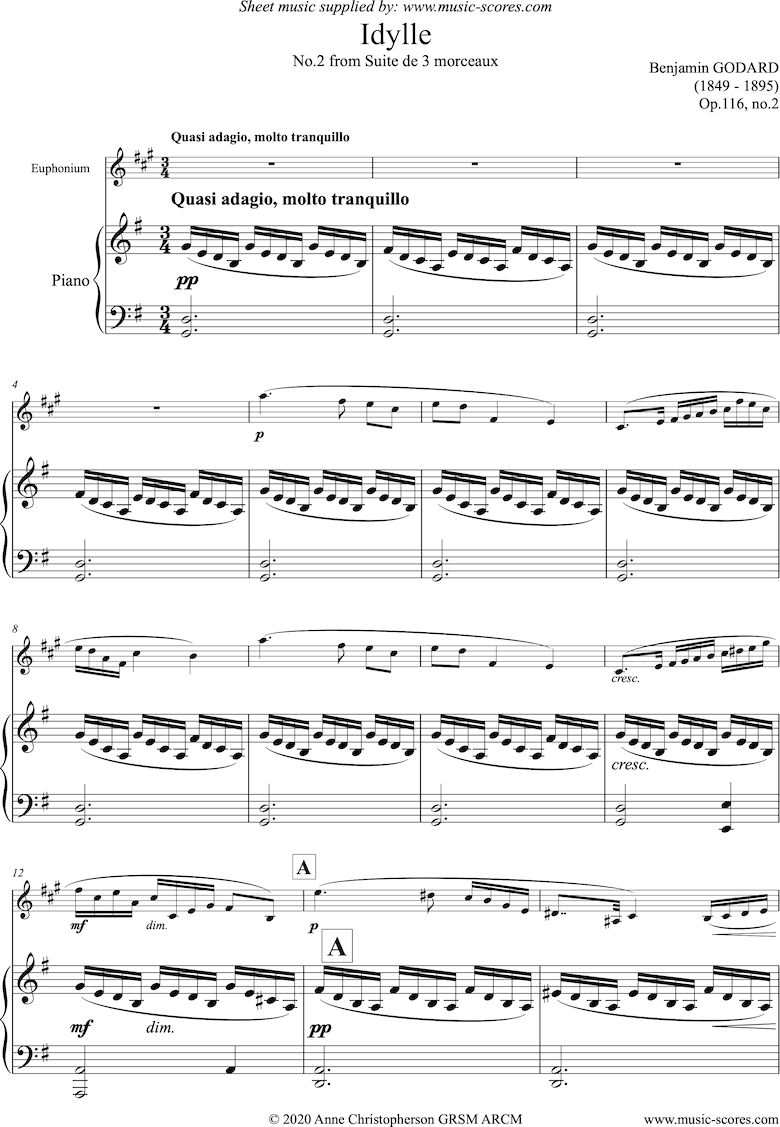 
Description: Idylle, the second piece of Suite de 3 Morceaux is dreamy and nostalgic, and is demanding for both soloist and accompanist as it weaves through interesting modulations. Transcribed for Euphomium and Piano.

Benjamin Godard isn’t a composer who immediately springs to mind compared to the likes of Beethoven, Bach, Mozart, Handel etc. However, when you look into this talented gentlemen he certainly wasn’t a one hit wonder! I