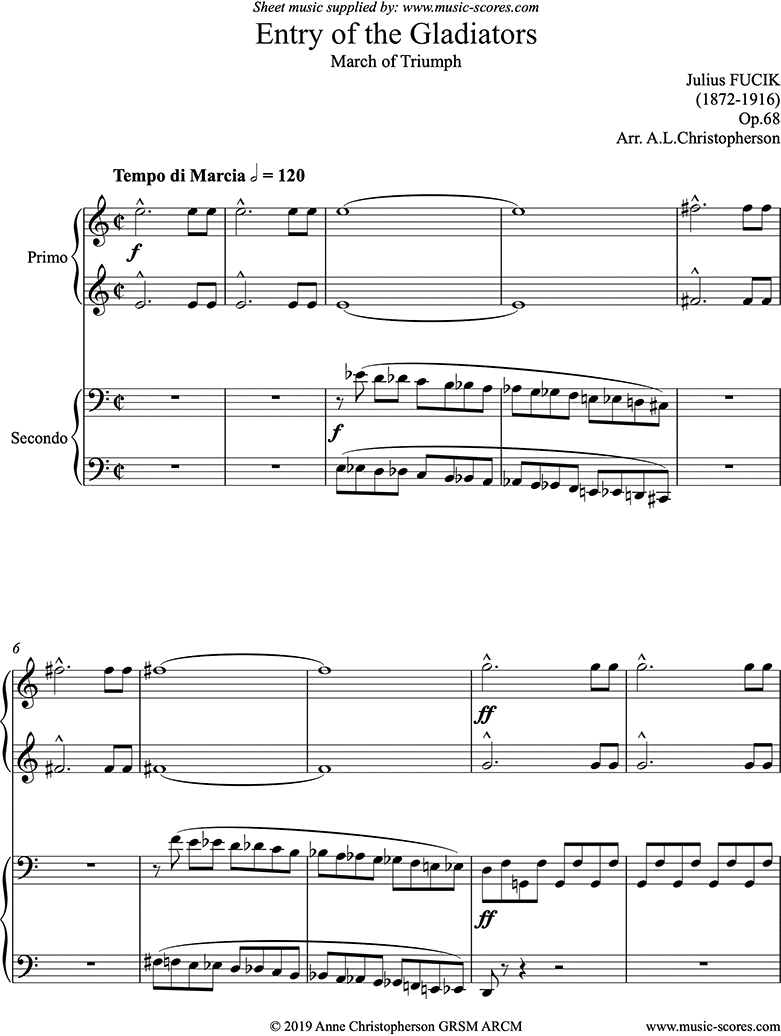 
Description: Entry of the Gladiators has been called Grand Chromatic March, and Thunder and Blazes in 1901 in an arrangement by Laurendeau for windband. This arrangement became popular as a Screamer march, which is circus music to introduce clowns and stir up the crowd. It is also played for rousing concert performances, as in Last Night of the Proms. This version is for Piano Duet.

Explore our other Piano-Duet | sheet music.