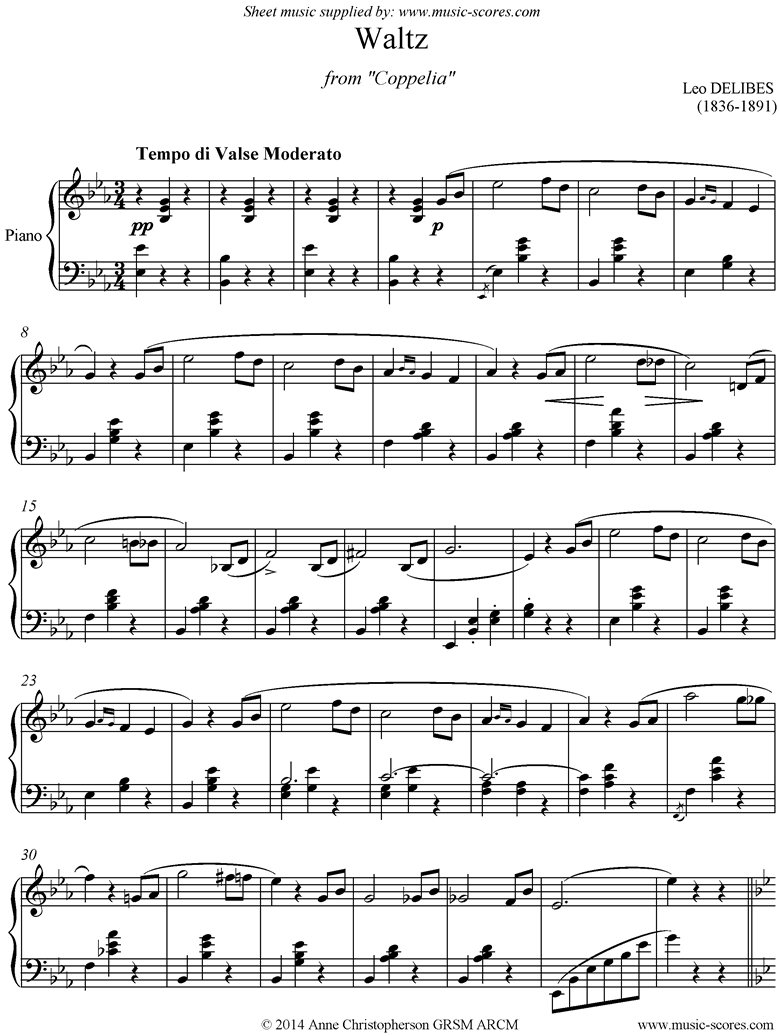 Description: Waltz from Coppelia arranged for piano solo. Swanhilda is jealous of Coppelia and tries to attract her attention, unaware she is only a puppet. Full length version: Eb


Options: Members can download the pdf file multiple times and make notes on a clean copy each time.