Description: Czardas: Hungarian Dance: Danse Hongroise: from the ballet Coppelia, arranged for piano duet. This ballet is based on a poem Der Sandmann, by E.T.A. Hoffmann, later used in Offenbach Tales of Hoffmann. This is the first Czardas to be used in a ballet. Full length version.

Explore our other Piano-Duet | sheet music. 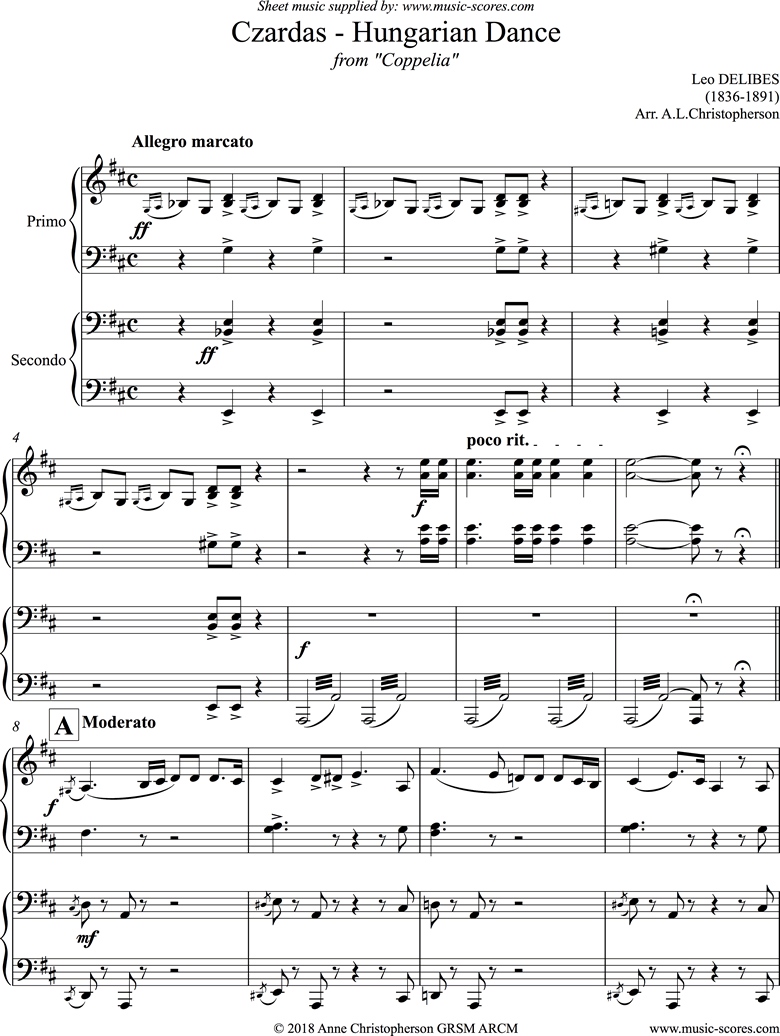