Description: Spanish Dance No.1 from the Opera, La Vida Breve. Orignally for orchestra, this passionate piece is arranged for Flute and Piano. 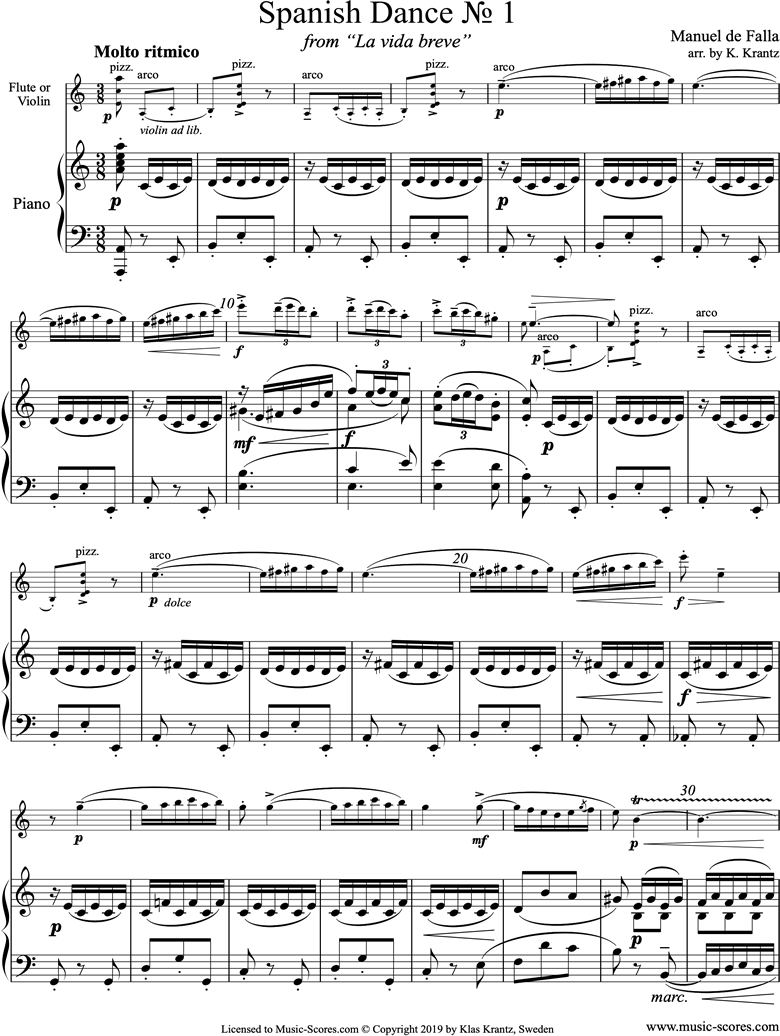 While Shepherds Watched their Flocks by Night Oboe