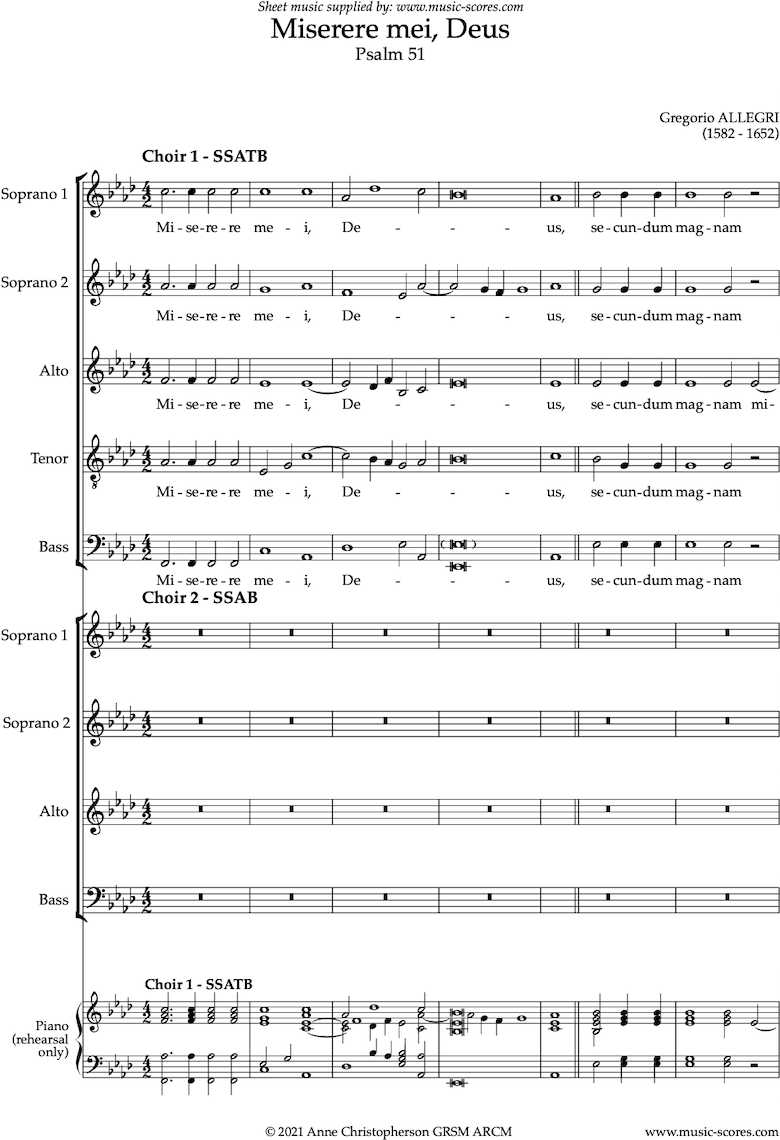 Description: Miserere mei, Deus is simply known as the Allegri Miserere. This is the so beautiful top note version, up to high Bb, for 2 choirs of SSATB and SATB. 10 minutes in its entirety, it can easily be shortened, but most people would like this work to last for ever. It was owned by the Vatican and never heard outside, until, it is said, Mozart heard it once and wrote it down for us all. F minor.

We Wish You a Merry Christmas Viola, Cello