Description: Malaguena: No.6 from Recuerdos de Viaje, or Travel Memoirs: Rumores de la Caleta, or Rumours of a Cove: Cello and Guitar duo. 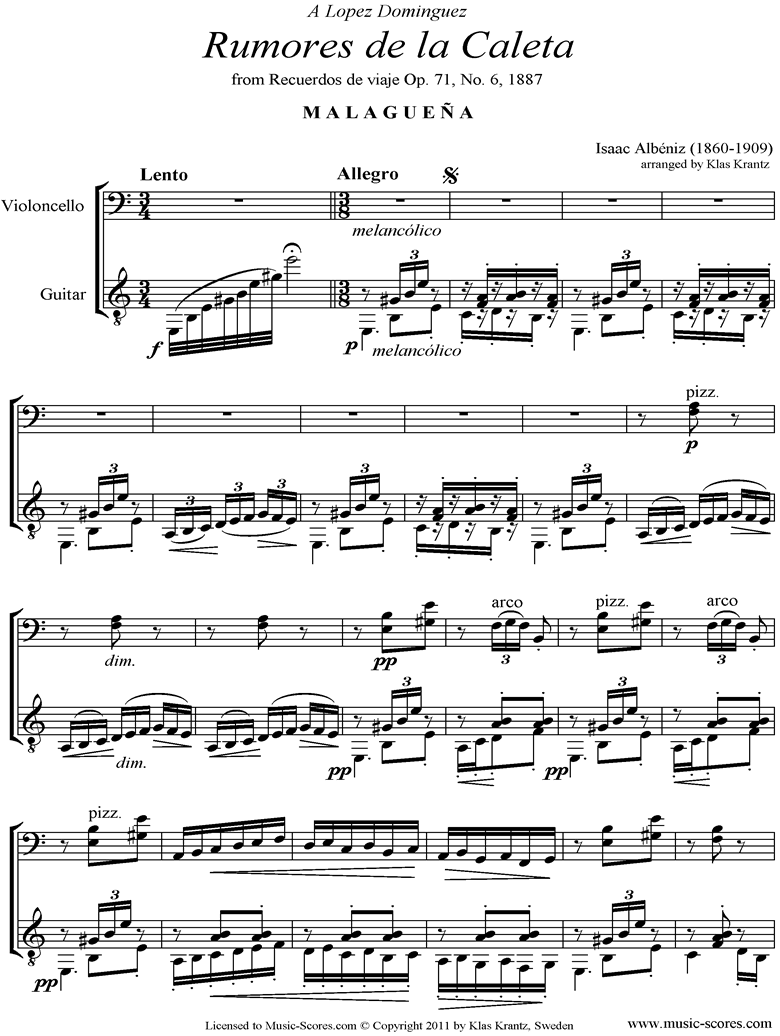 Melody for the Young

An Upside Down Suite