Description: Tango, from the suite Espana. A well known piece from the middle period of the composers life, when he was living in Spain and hugely influenced by Spanish dance music and the guitar. Arranged for tenor sax and piano. 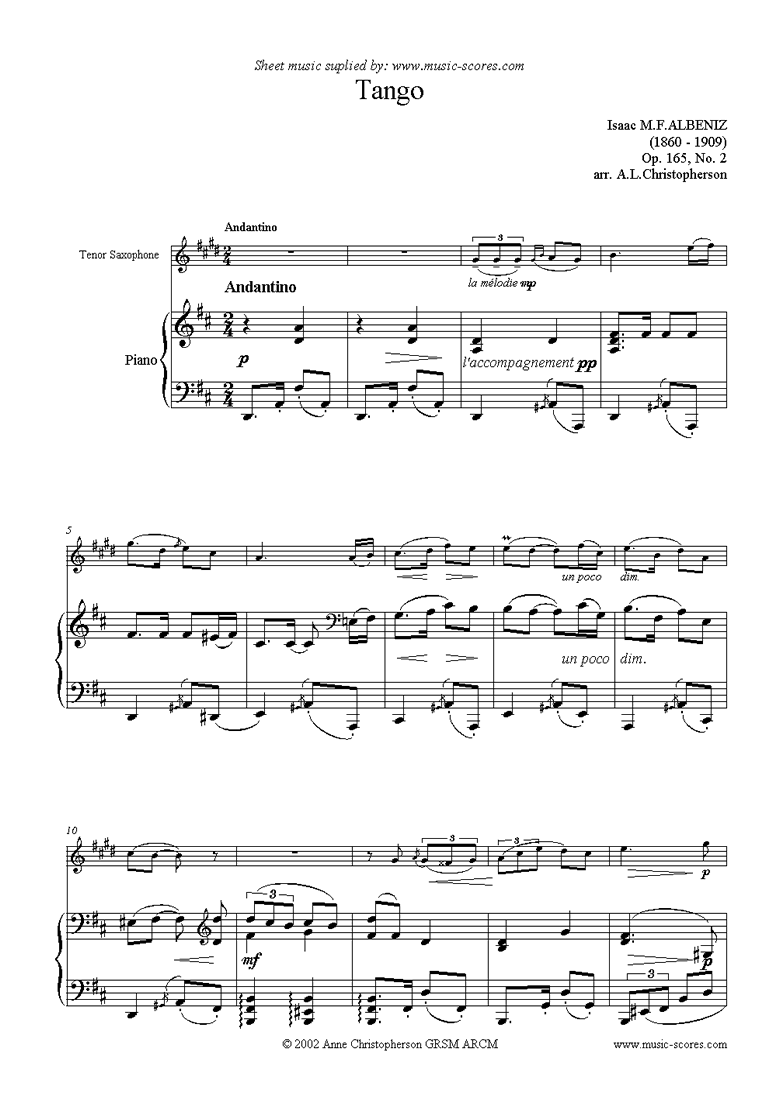 Op.83 No.3 Andante for 2 Clarinets and Piano

Minuet and Trio from String Quintet in E Violin, Piano

The Creation The Heavens are Telling Violin, Cello