Description: Tango, from the suite Espana. A well known piece from the middle period of the composers life, when he was living in Spain and hugely influenced by Spanish dance music and the guitar. A slightly less tricky arrangement. 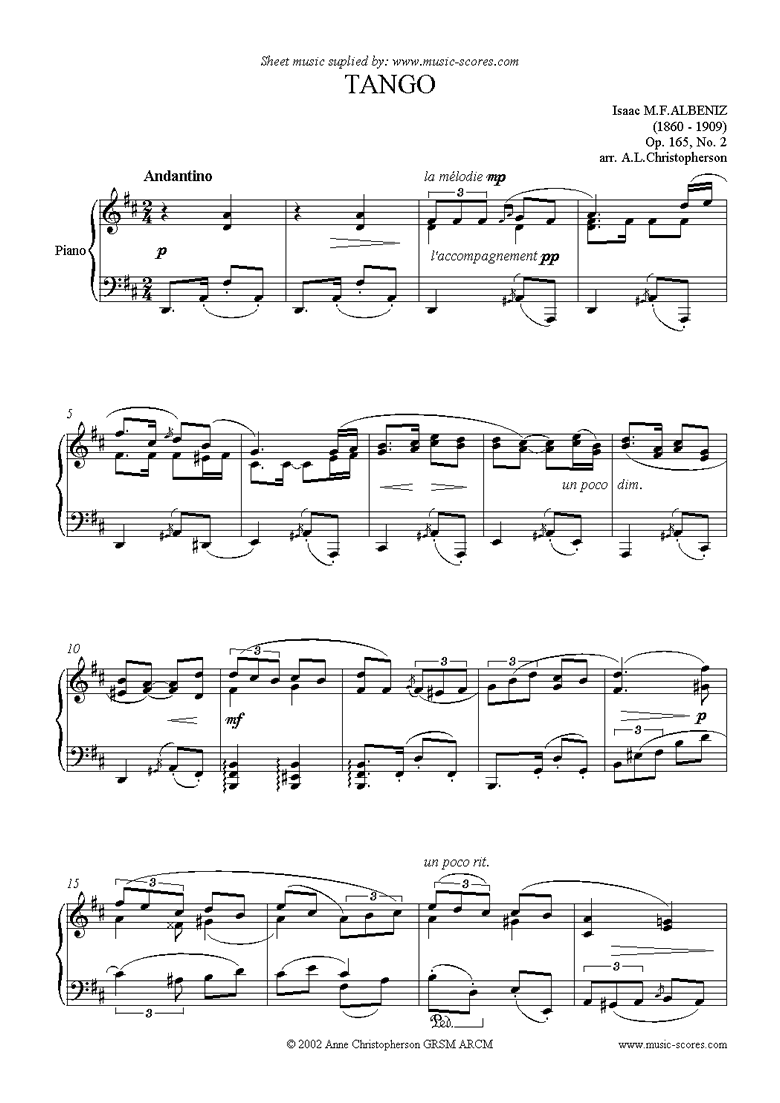