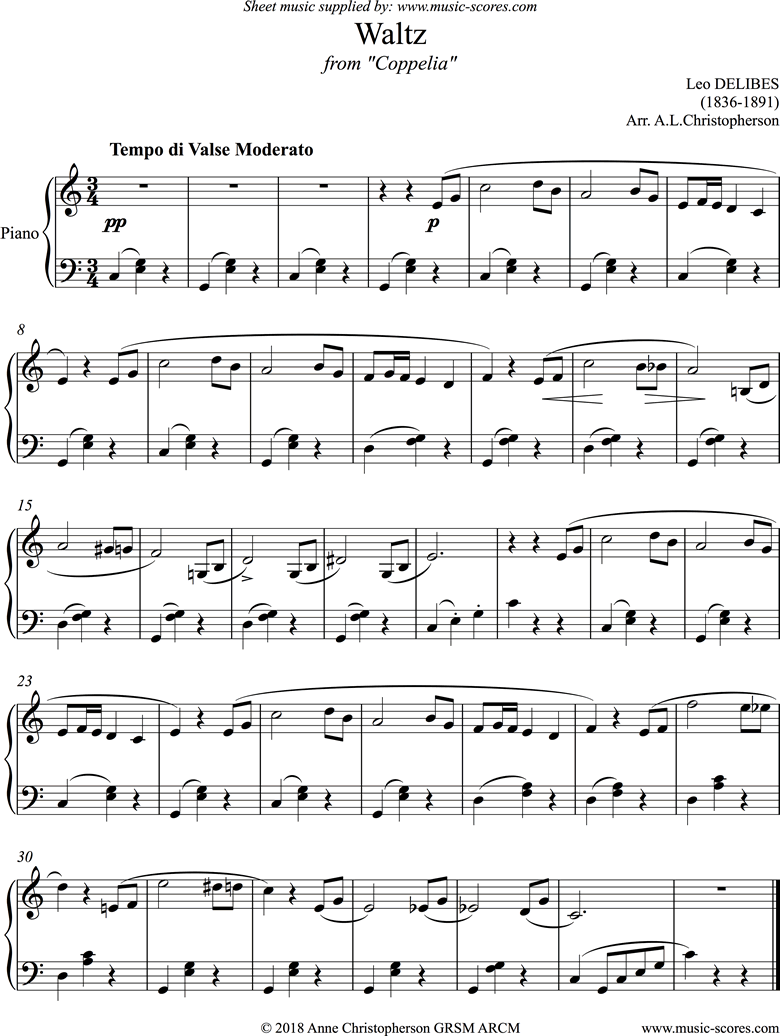 
Description: Waltz from Coppelia arranged for piano solo. Swanhilda is jealous of Coppelia and tries to attract her attention, unaware she is only a puppet. Short length easier version, C major.

Léo Delibes was born in Saint-Germain-du-Val, France on 21st February 1836.

Can Can from Orfeus in the Underworld String Quartet, easier version