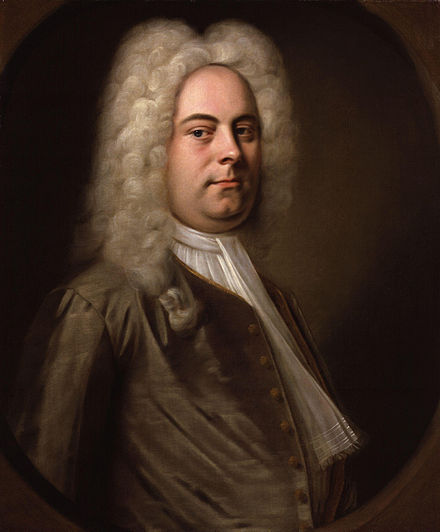 Handel’s was born 333 years ago this year

I often create a Facebook post to celebrate a composer’s birth or death and when doing so I search the internet for an unusual piece of information that I wasn’t aware of.  Here are a couple on George Frideric Handel:

PRISON? Almost! Despite dying with a huge wealth of £20,000, when he was round 56 Handel wasn’t in great shape financially and he was threatened with debtors’ prison…. Instead he headed to Ireland for a sabbatical where he wrote the Messiah in just 24 days… Maybe we should all take note here… it’s time for a sabbatical!

Despite his financial situation he premiered Messiah in Dublin as a benefit to help some of the inmates in debtors’ prison and given its success 143 debtors were released.

EARLY DEATH... Not quite, but a few close shaves; Despite living until he was 74 Handel did have health issues: At 52 he suffered a stroke which partially paralysed his right arm and stopped him performing.  In 1750 he was lucky to survive a severe coach crash; then in 1751 he has an operation to remove his cataracts which went catastrophically wrong resulting in his blindness

On being congratulated on providing audiences with such fine entertainment, he supposedly replied: ‘I should be sorry if I only entertained them. For I wished to make them better.’”

We have 127 arrangements by Handel on our site … why not take a look.  click here